※This article was written for the blog administrator’s English language study.We would be happy to know if there are any words or expressions that should not be used.

In August 2014, TOYOTA announced the long-awaited resale of the New Landcruiser 70 (it has been revived and sold in Japan in almost 10 years).

At the time, many Landcruiser70 fans, including myself, accepted the revival of the domestic after 10 years with joy. 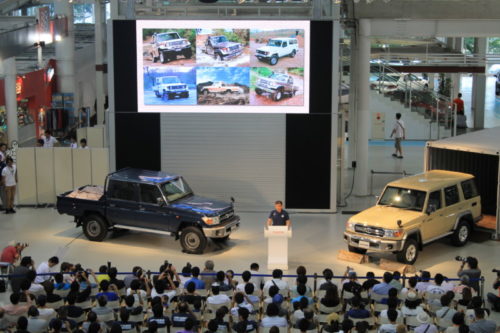 On the other hand, unlike the Landcruiser70, which disappeared from the Japanese market ten years ago, it was gasoline car(not diesel car)and its face (front mask) did not have round eyes, which disappointed many long-time Landcruiser 70 fans. 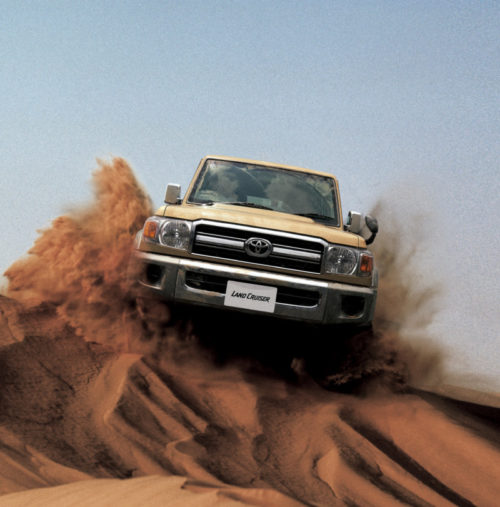 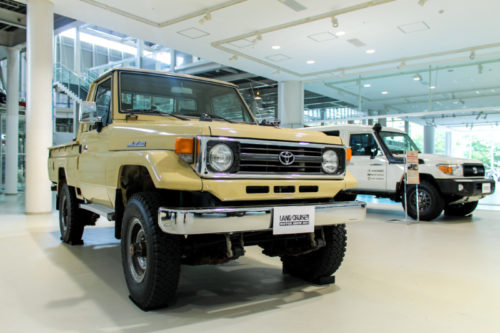 Of course, at the time I didn’t know that the face of the New Landcruiser70 had changed while it was being sold overseas, and since the Landcruiser70 was known for its “round-eyed face”, it was a pity that the revived figure was different from that.

Nevertheless, for me personally, I could not pass up the opportunity to buy a New Landcruiser70, which miraculously came my way.

Already some eight years have passed,since the resale drama that ended with approximately 7,000 New Landcruiser70s sold for a limited period of one year. 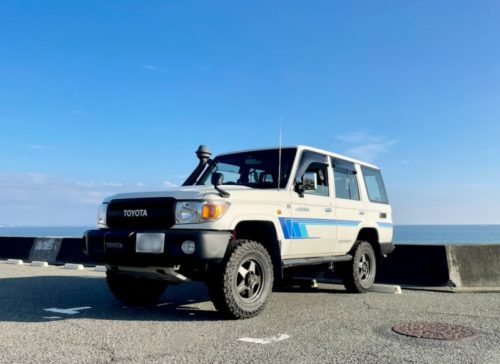 And frequently,we can see the New land cruiser70’s faces on the news about the Middle East.

In response to this situation,i was curious to see if there had been any change in people’s attitudes.

In response to this situation,i was curious to see if there had been any change in people’s attitudes.
Then,this time i surveyed that which face du you like better,the landcruiser’s”New face”or”Old face”.

What were the results?

The survey was conducted over a one-month period from 8 August to 7 September 2022.

As I invited people to vote on social networking sites (Instagram and Facebook), many people expressed their opinions in the comments, but i’m sorry to say that they are not included in the figures i have tabulated.

Results of a survey

I also used social networking sites to ask for votes, so i expected a good number, but it exceeded my expectations that there would be so many.

In particular, it was unexpected that round-eyed owners would vote so much. 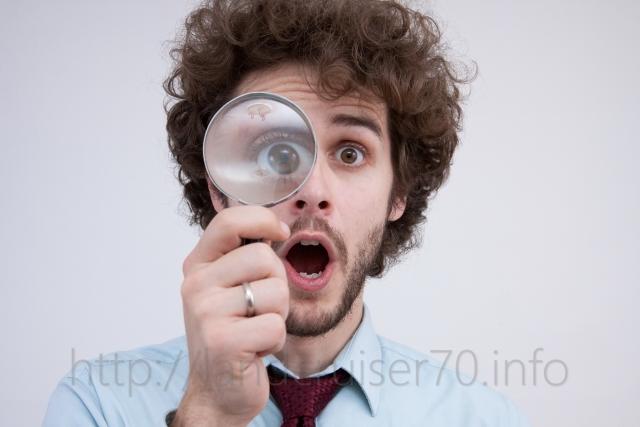 Thank you to everyone who voted!

I am the owner of a New landcruiser 70, and after facing my honest feelings before conducting this survey, I realised that my longing for round eyes has not disappeared.

However, it is human nature to want to believe that one’s own is the best, and in eight years’ time, one may become familiar with the sight or feel affection for it.

I thought perhaps many new Landcruiser70 owners would vote for the”new face”.

However, the results showed that as many as 54% of respondents voted that they like round-eyed faces. 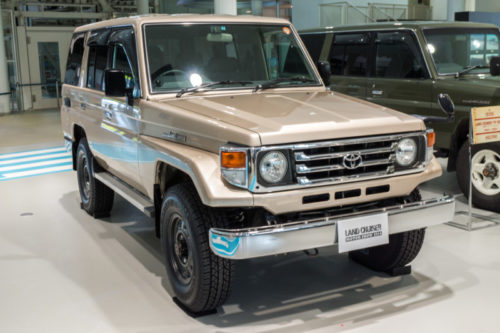 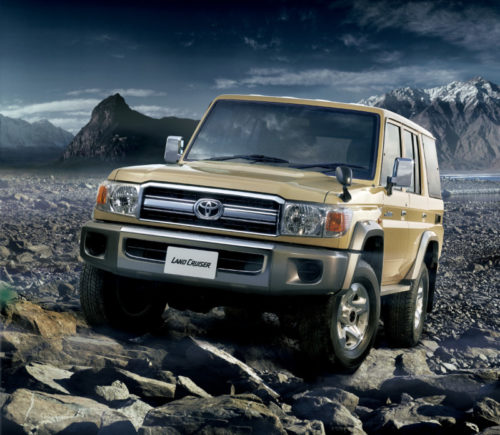 Adding both likes and new faces together, 46%, generally close to half, so it also can be said that it was a good game.

Even so,I was surprized the fact that the majority of people do not say that their car is the best.

Many of the readers of this blog are new Land cruiser70 owners, so it is miraculous that so many votes were cast.

Above all, for round-eyed owners, the question “Which do you like better compared to the new face” would be “not enough to answer” or “too obvious to ask”.

It is not possible to take the numbers as they are, as they are likely to be people who have a fairly good understanding of the new Landcruiser70 when they respond to the survey on this blog.

Nevertheless, it is surprising to find that around 20% (one in five) also approve of the new face. 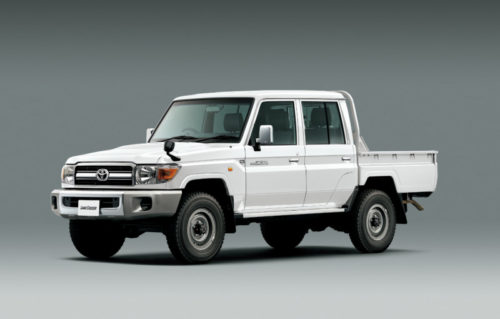 In case you are wondering, the combined figures for new Ls70 owners and round-eyed owners are as follows.

It’s not a surprisingly good game, but due to the nature of this blog’s readership, round-eyed owners voted in smaller numbers, so it seems that if it had been all Landcruiser 70 owners, the round-eyed face would have been a more convincing winner. 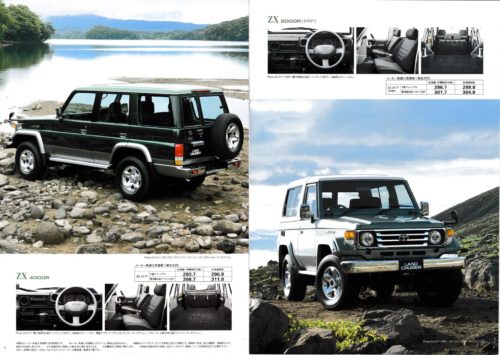 How people feel about these results will vary from person to person.

The fierce ones who want to persuade all mankind that “theirs is the best” will be dissatisfied, while those who say “if I like it, that’s fine” will feel nothing.

I am relatively close to the later thought process, and when I think about it calmly, I still think round-eyed faces are cooler, so I can accept the conclusion without any discomfort and without hesitation.

When the resale started, I thought that within a few years, people would get used to the new face, gradually develop feelings for it, grow to like it, and the round-eyed face would become obsolete (not wishful thinking, I thought people’s likes and dislikes were just that ).

However, eight years on, many people still continue to like the round-eyed face.

It made me happy to know that really good products and good design will continue to be loved over time.

There will be no more Landcruiser70 with round-eyed face cars on the market in the future.

I can only hope that as many of the current round-eyed Landcruiser 70 as possible will remain here in Japan and around the world for as long as possible, and that their eternal admiration will continue to exist as active vehicles.

・・・I wish I could think as gracefully as I did above, but in reality, it is not entirely unrepentant to imagine the conceited face of a round-eyed Lc70owner.

I’ll take that regret of buying a 95 Prado around 2001 when I could still afford a new round-eyed Landcruiser70 to my grave. 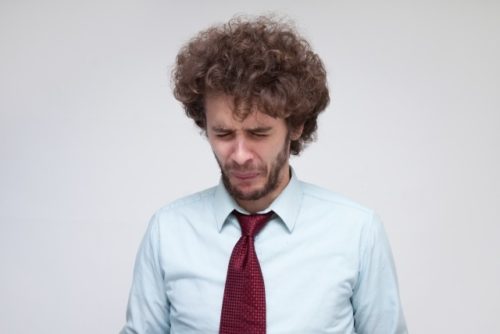 This article is the culmination of a wicked quest to talk about the good and bad of the Lc70 based solely on looks. We hope you understand the purpose of this article, as we don’t consider what kind of background the Lc70 have for the round or square eye design.